How to tackle a culture clash

Your efforts at changing the school’s culture began so well, but now they’ve started to falter. What should your next move be?

It’s the start of a new year. You’ve had a great summer break, some of which was spent reflecting on the previous year, your achievements and next steps. You’ve thought about all this, you’ve dreamt about it, and now it’s time to present your compelling vision for the school’s future to your colleagues and pupils. At the first staff meeting you confidently outline where the future lies, and the culture, behaviours and actions that will get the school there. Afterwards, you’re elated. It went like a dream and everyone’s on board…

Fast forward six weeks – and something doesn’t feel right. You’ve noticed how a growing proportion of your colleagues seem to have forgotten the behaviours and the actions you so convincingly made the case for just a short time ago. How should an effective leader put this right? These three steps will help you get things back on track…

A 1913 newspaper advert once read: ‘Men wanted for hazardous journey. Low wages, bitter cold … safe return doubtful. Honour and recognition in event of success.’ Yet 5,000 people responded to Ernest Shackleton’s recruitment advert for his third Antarctic expedition. Why? Because people thrive on having purpose. When you delivered your compelling vision, did you explain the purpose behind the change in culture you want to see? Did you engage people and encourage them to own what needed to be achieved, or simply give them a to-do list? Walk the corridors and ask one simple question of everyone you meet – “What did the team meeting mean to you?”

As a leader, you’ll reap what you tolerate. If something doesn’t fit with the culture of your organisation, it’s your responsibility to be honest and address it, but that’s not always easy. Leaders must often embrace discomfort and have difficult conversations that will ultimately lead to positive outcomes, so meet with your SLT. Ask what they’ve observed and share what you’ve learnt yourself. If they agree that things have started slipping, take action.

At the next staff meeting, acknowledge that you perhaps haven’t been sufficiently clear with everyone about why change was needed and their roles in making it happen. Be honest, stress that it’s okay to make mistakes and explain that you want to help people better understand the why in what they’re doing. At a subsequent staff meeting re-establish that shared purpose between you, come to an agreement on what behaviours and actions will be expected, and encapsulate this shared purpose in a concise hashtag, phrase or slogan.

The only way to make a new culture stick is for its advocates to become broken records for the cause. Every minute of every day, you and your senior colleagues should go out of your way to catch people getting it right. Overdo the genuine ‘thank-yous’ and allocate time each week – in meetings, assemblies, emails – to acknowledge those behaviours and attitudes that support the new way of doing things. You’ll see colleagues gradually feel more valued and increasingly commit to the new vision.

And those who don’t? We teach children that mistakes are okay, and the same applies to adults – but failing to resolve small issues can cause bigger problems to arise later on. If you notice a derailing behaviour, address it,    though bear in mind that minor failings will often be unintended. Always approach such situations courageously, humanely, quietly and personally. 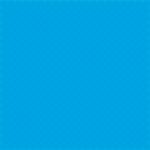 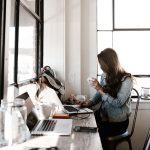 Elevate what you can expect from your business and create your site with Ideahub today.